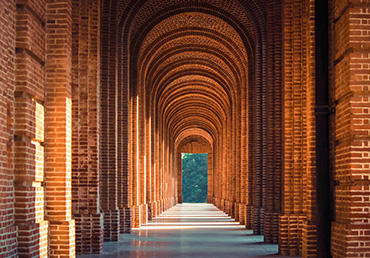 As I work closely with our upcoming graduating seniors, I’m reminded of the hard work and worries that go along with applying to college. They worry about being accepted, about their SAT and ACT scores, and if the colleges will look favorably upon their accomplishments. It’s a competitive arena – no doubt.
Research states that one’s competitive advantage and desire is hugely impacted by what we believe our odds of winning are. The research suggests that when taking the SAT, the actual number of other students taking the test at the same location, same room, significantly impacts the average score. The bigger the venue, the lower the score.
Two researchers (Garcia & Avishalom, 2005) analyzed every SAT score in 2005. They determined that the teens that took the SAT in big venues with lots of other students scored worse than teens that took the SAT in smaller venues with fewer students. Apparently, having a visual reminder of all the other students competing to get into a university, affects one’s ability to concentrate and the amount of effort one puts forth. SAT average test scores for 2011 showed that students from Arkansas, Alabama, and Montana scored higher on average than students from New York and California (low density versus high density states). Interestingly, this proved to also be true for the ACT. When it comes to competing, size matters. (Bronson & Merryman, 2013).
Interestingly, there is also research that shows that around the world, from popular American baseball to Chinese curling, competitors are likely to win when they are playing at home. The home team in the NBA wins on average 63% of the time (Bronson & Merryman, 2013). Aside from theories surrounding referee bias, fatigue from travel, there is research that suggests that we’re innately wired to protect our home turf (Bronson & Merryman, 2013).
So the take away for our students – size matters, venue matters, and there is real value in not just winning and losing but also in just playing. We don’t have to “play not to lose” or “play to win” – we can just “play” for there is great value in the actual act and art of “playing”. It is through the actual process of “playing” that we learn to perform and thus compete. Some of us will compete better than others and there’s real science behind the factors that play into why we some times win and some times lose.
As for college admissions, you can do everything right. Have great SAT/ACT test scores, a high GPA, win competitions, etc., etc. and not be selected by a university for a factor you can’t do anything about like your ethnicity or your gender. So why apply? Well, you can’t win if you don’t “play”. In my opinion, it’s best to play hard and see what happens. Clariden students have much to offer and are favorable to admissions officers due to our unique, project based learning environment and rigorous curriculum. Win or lose, “playing” is a great learning experience and that’s what it’s all about. I can’t wait to see where are graduating seniors get accepted and where they choose to go. It’s all very exciting.
Sallie Wells, Head of School
Categories: Letter from Head of School
| Tags: college prep