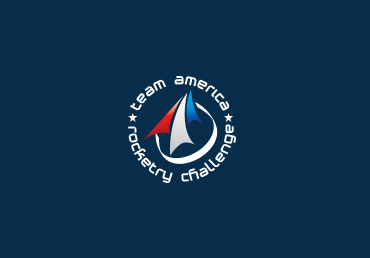 Southlake, TX – April 19, 2017 – The Clariden School, a North Texas leader in accredited, private PreK – High School STEAM education, today announced that their middle school – high school team was named national finalist in the Team America Rocketry Challenge (TARC) for 2017. Clariden students competed against approximately 5,000 students nationwide. With its winning flight of more than 781 feet in altitude, Clariden’s team will travel to Washington D.C. in May 2017 for the national competition.

This is Clariden’s second time in three years to be named a national finalist. Students will travel to Washington D.C. for the Rockets on the Hill reception May 12, 2017 before the final fly-off on May 13, 2017. The team is made up of Eduardo Gou, Hailey Bauer, Alyssa Bramble, Rowan Hamilton, Caden Bottorff, Trevor Bilby, Bryce Linton, and Christianna Nichols under the direction of Connie Kazewych.

According to The Team America Rocketry Challenge (TARC) website, it “is the world’s largest student rocket contest and a key piece of the aerospace and defense industry’s strategy to build a stronger U.S. workforce in science, technology, engineering and mathematics (STEM). Sponsored by the Aerospace Industries Association (AIA) and the National Association of Rocketry (NAR), TARC was created in the fall of 2002 as a one-time celebration of the Centennial of Flight, but by popular demand became an annual program.” (rocketcontest.org)

“They did it again!” commented Sallie Wells, Head of School for The Clariden School. “Clariden has a strong tradition of rocketry as part of the curriculum starting as young as kindergarten. Our team did an impressive job despite notoriously challenging spring weather conditions in North Texas. This team of middle schoolers and high schoolers is a prime example of how our students collaborate. From hand-cutting fins to computerized modeling, this Cougar team has done something of which they can be extremely proud. In addition, the life experience they’ll get by traveling to our nation’s Capitol will be priceless.”

About The Clariden School
The Clariden School of Southlake, Texas, is a private, accredited, college-preparatory school serving students PreK – Grade 12 in North Texas. We work to ignite student curiosity and problem-solving skills. Our goal is to not only equip students for college but also to prepare them for the job market of tomorrow. Students learn skills that empower them to be contributing citizens in their local and global community. We focus on STEAM (Science, Technology, Engineering, Arts, and Math) and student voice in a non-denominational, small classroom environment (15:1 student to teacher ratio) where big ideas can happen. Check out our award-winning curriculum built on project-based learning at claridenschool.org.